I know most people wrote this blog between the 29th through the 31st. But of course I don't follow the rules nor do I realize the trend going on. Oh well.

Actually what my biggest problem was, is that I wasn't sure if I would be able to sum my year up. But I thought I would give it a try. So here goes my effort.

January through April is a big blur. I don't really know if anything actually happened or if it didn't. I know I arrived back in Oklahoma in February. Other than… Continue

Before I begin, I want to tell you that I am not trying to throw a guilt trip on you. I don't want you to apologize for anything. I just need to move on, and to do so, I am going to have to get this off my chest.

When I was younger you and I were really close. I used to love to sit down and write you a letter and wait for mine in return. I actually kept your letters for the longest time. But lost them when we moved to Ardmore. But as I realized I didn't have them anymore, I didn't… Continue

I think I may be crazier than I thought. Yeah, I really do.

What was I really thinking when I decided to become a therapist. No, I'm not one yet, still going to college. But what gives me the right to do to people what I need? Family found out what I was going for, and what I want to become, and started asking "are you sure you aren't mistaking everybody telling you that YOU need a therapist?" I used to make jokes about a therapist hiring a therapist for themselves, but how can I be… Continue

Once upon a Christmas.

Christmas was one of the best things in my life. The day after Christmas I couldn’t wait until the next Christmas. I love Christmas music, even in mid-July. I love the lights, the parties. I was never about getting presents, but I loved giving them.

I can remember way back in the day Christmas Eve curfew was eight o’clock. My mother would tell us to go to bed so Santa would be able to get there on time and not have to skip us because we were awake. I remember covering up in my bed… Continue

I have been a good girl.

It really wasn't my fault what happened at Ashton's Christmas party. It was Stephanie who spiked the punch with too much vodka. I can't help it if I drank thirteen glasses. It was so good---smelled and tasted just like pine cones.

My Horizontal Life: A Collection Of One-Night Stands.

I have decided, since I read so much and cannot ever remember the book I just finished reading. That as I begin a new book I'll tell you all what I'm reading; and depending on what it's about, I may even explain why I'm reading it. I'll also give you an example; usually the first chapter, unless of course it's like twenty-seven pages, then I'll stop somewhere around the (insert appropriate page number before it gets outrageous.) page so you're not sitting there thinking to yourself 'why am I… Continue

I never thought I would put myself into this position. Never thought I would become what I did. Be who I was. Be so lost I didn't think for myself anymore. That I let people talk down on me. Be something completely different that I knew I wasn't. But as I walked through my living room that was me. Nothing but a complete mess. Something my closest family member wouldn't have recognized. That scared me more than anything.

But there I was. Digging through drawers trying to find… Continue 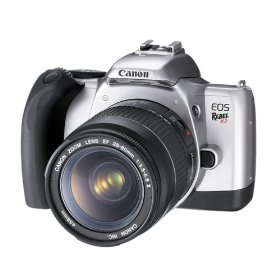 That's the camera I bought myself when I was eighteen.

Actually when I bought it, it was on sale at Wal-Mart half off, and I still paid nearly 500$ for it. But if you knew me you'd understand why I tried to talk my way out of buying it and why my brother MADE me buy it. I have always wanted a nice camera, and I don't like digital. So after a long argument with Tim, I bought it.

I was so excited. Bought nearly thirty rolls… Continue

After coming out of the food comma is where you start getting mad at yourself for having a Thanksgiving in the first place. "Why did I do this?" Standing there looking at your kitchen sink filled with nothing but pots, pans, and silverware that you just HAD to use. "Next year it's going to be different. I'm going somewhere else." Until you realize if you want to have one, it's your house or nowhere.

As you begin tackling the dirty dishes you're cussing yourself all throughout them.… Continue

What needs to be known?

This will be the first year that we will deep fry our turkey. There really isn't many people who doesn't anymore, especially in the state of Oklahoma. But after the commercial for All State insurance, "45% of all turkey cookers last year deep fried their turkey, 15 of that burned down their house", I decided to do a little research on what to do, and what not to do when deep frying a turkey.

Black Friday is a term that has been used in multiple contexts, going back to the nineteenth century, where it was associated with a financial crisis in 1869. The earliest uses of "Black Friday" to mean the day after Thanksgiving come from or in reference to Philadelphia and refer to the heavy traffic on that day. The earliest known reference to "Black Friday" (in this sense), found by Bonnie Taylor-Blake of the… Continue

I was sitting here scrolling through blogs on myspace. I know! Right!

Well, I had decided that I would write a poem. You know, because I used to write poetry all the time. That was my writing ability. Poetry. Everybody loved it. I realized something tonight, though.

It's harder than I thought it was.

When I was in high school that was my thing. Poetry. Poems just came so easily. And now. Yeah! Right! I don't see that happening anymore. Which is sad. I sat down… Continue

Yesterday I went to work. I always go to work. Any way..

I was doing my job as I do everybody. Around two o'clock, I guess it was, a regular customer came in the store. I work at Family Dollar for anybody who doesn't know that. Well she came in and her eyes widened when she seen me standing at the register. Which is a little surprising since I'm always there. She acted as if she hasn't seen me working in forever. She grabbed a cart and smiled at me.

"Hey girl! How are… Continue

Writers block sucks. Well, I don't really have writers block to be completely honest. I am just stuck.

The story is coming together well. I can sit and write for hours on it, not that I do because I work all the time and don't really have the time. And on my days off I sleep too much to write constantly. Since I'm off tomorrow I figured I'd go ahead and work on it a little. Well, I'm stuck.

I have no idea why I'm actually writing it. Not that anything is going to happen… Continue

I picked a few quotes I like and I need y'alls help to decide which one I want to use. All I need you to do is leave a comment saying which one you like best.

Number 1:
Lead, Follow, or get out of the way.
-Thomas Paine

Number 2:
You cannot teach a man anything; you can only help him discover it in himself.
-Galileo Galilei

Number 3:
I am not funny. What I am is brave.
-Lucille Ball

Number 4:
He who is the author of… Continue

Not in the exhausted way, well, I am that too, but I'm tired. I'm tired of taking a shower and having to rest when I get dressed because I wore myself out. I'm tired of not being able to keep up with people in Wal-Mart because I have to pace myself. I'm tired of worrying myself into a worry coma every time I go to the emergency room that they are going to tell me I have high blood pressure.

I am tired of worrying. I'm tired of getting the funny looks. I'm… Continue

The first thing I say is the second line.. the first is my Uncle. I think you can keep up with that said.

Is it kids just being kids?

"Okay children, we're going to run into this store really fast, and then get home. Dad's waiting."
Children yipping and screaming.
The mother gets the kids out, two to be exact, and grabs a shopping cart. Puts the smallest in the cart.
"Since you're a big boy you can just hold on to the side and walk. Okay?"
The son smiles, and grabs the side of the cart.

They walk through the store and pick up the things they need. Shampoo. Tooth paste. Dish soap. Body wash. As… Continue

What is with the name Kathy? -There will be another blog connected to this. Will be posted in a couple days.-

Kathy is woke up by her phone playing one of the most stupid songs she's ever heard, but her friend sent it to her, it's the least she could do. Or at least Kathy thought so when she programmed it as her text message alert.

She rolled over and grabed her phone.

"wut up?"
She blinked a few times. Looked at the time, 'what the hell?', she thought to herself as she quickly pressed a reply.
"Nothin much. Sittin at home. What's up there?"
She shook her head a… Continue

Your mom said what?!

A mother walks up her stairs and goes to her teenage sons room.

Mom: I wasn't going to have this conversation... ever. But I have decided if I don't I will never be able to move on. So I need to do this.

Her son looks at her funny..

Son: Okay?
Mom: Meet me in the kitchen in like five-ish minutes, okay?

He squints his eyes..